Objections to the Caruso Affiliated 85/15 Initiative 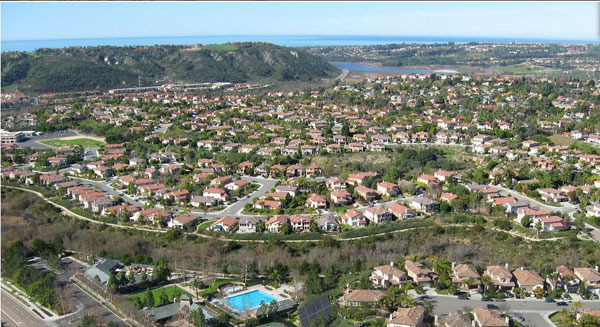 Caruso Affiliated, a major high end shopping center developer, submitted an initiative to the City of Carlsbad in May 2015. Their proposed project was described as the 85/15 Plan which purported to preserve 85% of the site as open space while developing only 15% for a regional shopping center. The area addressed by the initiative is 203.4 acres on the South side of Agua Hedionda Lagoon. It is generally between Cannon Rd and the lagoon from I-5 east to close to the AH Discovery Center. The initiative creates a Specific Plan (SP) for this area which exempts it from existing zoning and amends numerous provisions of the city’s General Plan, Agua Hedionda Land Use Plan, and city municipal code.

While called “Preserving Open Space the Right Way” this is not about open space- it is about a huge shopping center being built adjacent to a sensitive coastal lagoon. The developer stated that he chose to submit an initiative rather than going through the standard project review in order to avoid the California Environmental Quality Act (CEQA) process.

Background on the Site

The majority of the land they claim to save as open space has already been “saved.” The Habitat Management Plan (HMP) adopted in 2004 identified 75.8 acres of this site as hardline preserve land. This was “saved” as open space at that time. In 2006 there were 2 ballot measures to “Save the Strawberry Fields.” The citizen’s initiative included this entire site and more. The City sponsored alternative initiative excluded the 48 acre parcel on the west, but includes the remaining 155 acres. Both initiatives passed, but Prop D, the city’s version, received slightly more votes and prevailed. This retained the existing Travel/Recreational Commercial designation on the 48 acre parcel Caruso is now proposing to develop as a shopping center. Prop D also placed conditions on the remaining 155 acres. Agricultural uses could continue, but when no longer economically viable, Prop D would “ensure that this area is permanently protected and preserved for open space uses. “

Caruso has options to purchase both the western 48 acre developable parcel and the eastern 155 acre open space parcel from SDG & E. The initiative removes the entire 203 acres from many existing provisions of the city’s land use requirements and instead has them subject only to several vague terms found in the SP. The site is within the Coastal Zone so the project is subject to approval by the California Coastal Commission.

The California Environmental Quality Act (CEQA) is the key state law that protects our health and the environment. We all want clean air to breathe, clean water to drink, and natural lands preserved. This law requires developers to analyze the impacts of their project on our health and the environment- and mitigate any impacts that could adversely affect us all. CEQA doesn’t force the developer to make specific changes. But it requires them to analyze impacts, and if they are not mitigated the agency must adopt a statement of “overriding considerations” justifying their decision to allow such impacts to occur. This process assures that both the decision makers and the general public can assess whether a project is good for a community or not. This developer intentionally used a recent loophole in the law to completely bypass this process that benefits us all. This is a dangerous precedent- not just for this project, but for all other development in the state.

The City of Carlsbad has an extensive system in place to review all development- that is why it is the community it is with high standards. The process includes three rounds of multi-department internal reviews, plus external notifications to adjacent cities, other agencies and interested parties. It starts with detailed information about the project including engineering drawings that show exactly what will be built, and what a project will look like. Caruso has provided no engineering drawings and has bypassed this entire review process. We do not know what we are really getting with this project.

By eliminating both the CEQA and the internal review process the public has been shut out of being able to provide any meaningful input on the details of this project. The details are what often determine whether a project really is a good fit with its neighborhood and the entire community. Nearby residents and businesses are often directly impacted by a project – things like where new driveways are built, building height or setbacks that block views or create shadows, lights that spill over onto adjacent properties. With a project of this size such impacts can impact not just the immediate neighborhood- but much of North County.

The initiative establishes the Specific Plan (SP) as the single source for all development conditions for the entire project site. It eliminates all review by city Boards and Commissions. The process specifies that there is ministerial review only and sign-off by the City Planner, with essentially no discretion and with very short time limits specified. A key issue is that the elected officials of the city, city staff, and the Planning Commission have no ability to approve/modify any of this for 15 years!

– Creates new zoning codes that only apply to this site

The SP changes the existing zoning in the city’s General Plan to five new zoning designations. It sets up its own conditions for these new zones- making it very clear that parking and other uses that support the shopping center are of paramount concern. Many acres of land that are now protected as open space could become parking lots for this new shopping center. This is not our vision for open space.

Shopping centers can be built anywhere, but our coastal lagoons can only exist right where they are. This lagoon is a priceless resource to everyone who lives in this area. Technical studies show the proposed storm water system is insufficient to prevent contaminants from reaching the lagoon. These include heavy metals that are toxic to marine life.

The developer’s own traffic study says the project will generate over 33,000 vehicle trips per day. They then go through some hocus pocus to artificially reduce this number and claim that with an additional turn lane on Cannon Rd and some other minor changes that traffic will actually be better with the project than it is without it! As preposterous as that statement is, it is made worse by ignoring the increased congestion along I-5. A letter from Caltrans says that the Cannon Rd ramps cannot be fixed until 2035. Until then thousands of people will be impacted every day by the increased traffic this regional center will generate.

Our air quality expert identified numerous concerns about Caruso’s analysis of air quality. The project will greatly exceed the thresholds for many pollutants- not by just a little bit- but in one case it is 8 times the allowed limit. We already have too many children with asthma and seniors walking around connected to oxygen tanks. And in spite of earlier soil tests that showed 21 of 25 sites exceeded the human health limits for Toxophene, Caruso proposed no further soil testing or site clean-up.

If this project had followed CEQA they would have had to provide visual simulations- but they did none. Every day thousands of people experience the lagoon as they drive north along I-5. Instead 35 foot high buildings will be built right next to the freeway- likely completely blocking most if not all of this public view. In another city the community became incensed when they realized how their views would be impacted. We expect that is why Caruso has tried to ignore that issue here.

Carlsbad just adopted their first Climate Action Plan (CAP) – a plan to reduce Green House Gasses (GHG) to the levels now required by state law so we can turn the corner on climate change. This project will add 33,076 metric tons per year of GHG. While the CAP assumed there would be some development on this site- it did not assume a project of this size that generates so many tons of GHG. Our grandchildren will pay the price for pretending this is not a problem.

They claim that because recycled water is being extended to the site (at taxpayer expense) the new project will actually use less water than the existing strawberry fields. All of us who live here are watching our lawns turn brown- while this development adds 117 toilets and acres of landscaping. Actual total water use will greatly exceed current use.

We have identified numerous issues of concern with this project. If it were going through the normal process, we and others would be able to sit down with the developer and try to make changes that would address these issues and might result in an acceptable project. Since the initiative process does not allow that, our only option is to oppose the project using all available means at our disposal. We have initiated legal action over procedural issues with the initiative including that it is an overreach by Caruso, it illegally mandates administrative acts and conflicts with state law, the state constitution, the City Charter and the City’s Growth Management Plan. We will continue to inform the public about our concerns with this project and to take such other actions as are needed.